Wanted to start writing weekly recaps of the week, I heard about Dave Rupert doing that on an episode of Shop Talk Show. The thought is to get small news items and links to cool things out that don't need a full long write up. Hopefully this gets me updating content more frequently and makes me better at writing.

This week was a rough week with the holiday on Monday then Flyover Camp on Friday and Saturday so easy to realize not much work got done around the office in the three days of work we had. That's unfortunate because we are now quickly approaching a couple different deadlines at work.

Flyover Camp which was a Drupal specific camp in Kansas City was a lot of fun. At Code Koalas we sponsored the event and sent all our devs to it. It was a lot of fun and we learned a lot, you can view all of the sessions now on YouTube. To me camps are better than conference because they're smaller and you get to actually people in the Drupal community, also they're shorter so your brain gets less fried. One thing that happens at every camp and conference is after parties, and this after party was probably the best one I ever went to! We went to Pawn & Pint which is a local bar that has walls of board / party games so you go there and play games with friends over a drink and some food. 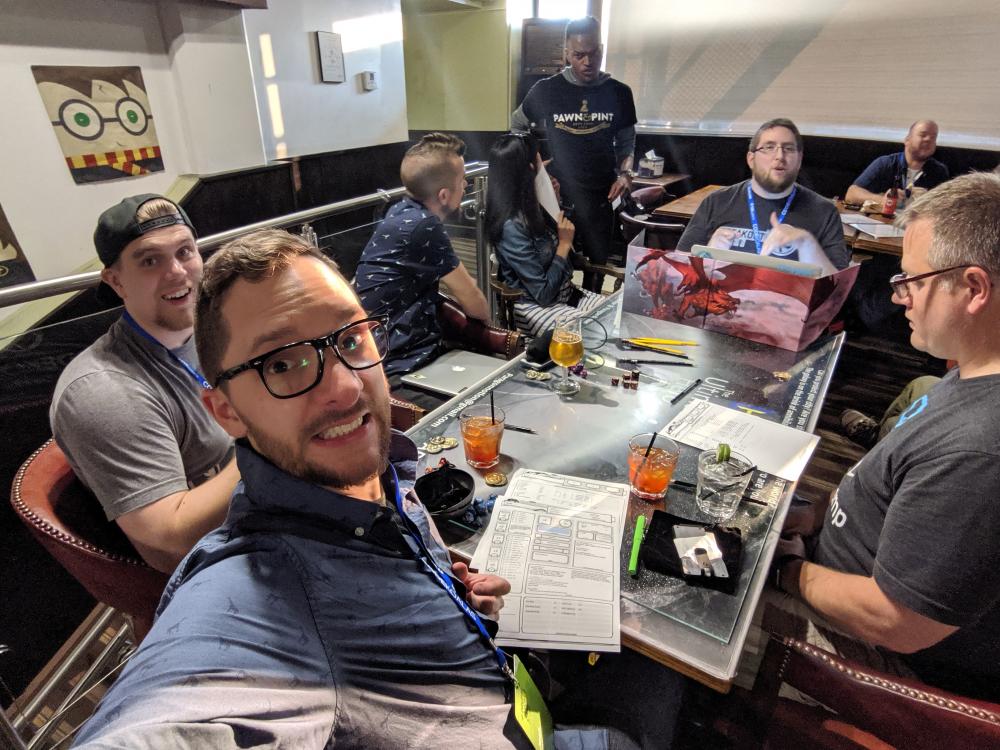 At the after party we playing a D&D one shot with a couple people from work and some from the conference. It was my first one shot and it was a log of fun. We defeated and bag guys with no deaths of our own which is good.