This week really blew by, so did last week which would be why I missed that update, oh well. The coolest thing I did was over the weekend picked up a 1980 Honda Express II which is a little moped. 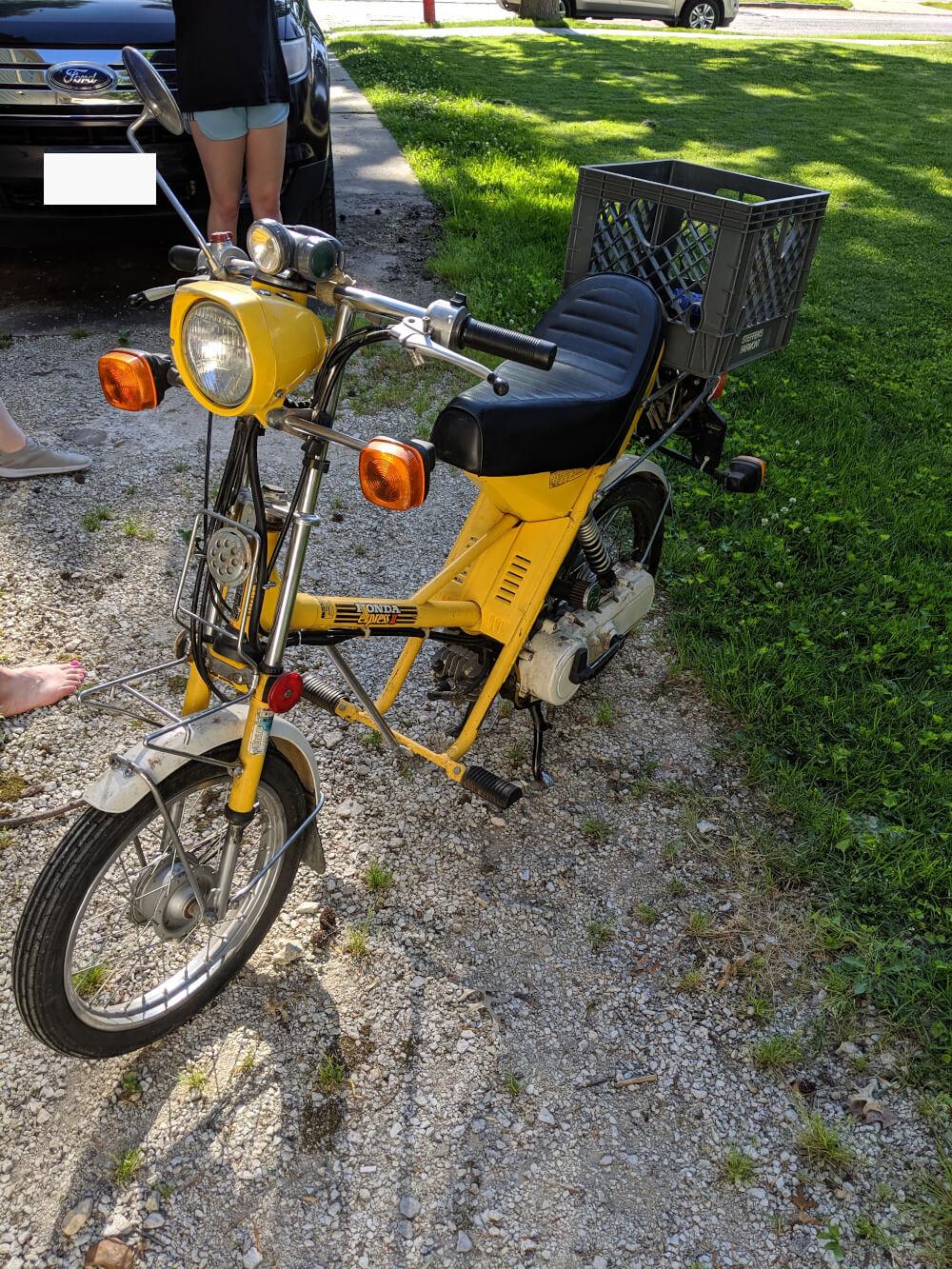 Bought it as a non running scooter that has sat for a couple years. I drained the fuel, cleaned the carburetor, replaced the battery and spark plug and got it running. Now I'm just trying to find tires that fit which seems to be a harder task then it should be.

At work I interviewed a couple developers and held reviews and one of ones for a couple of our existing developers. During interviews I've started asking critical thinking questions instead of asking questions of like "how do you do X in PHP". It will take me hiring people to find out if this really works or not.

Aerc - terminal email client. For awhile I've been trying to use Mutt as my email client when teaming that up with offlineimap. It mostly worked and was nicer than other email clients. I most recently switch to using Claws Mail because it works. In steps Aerc

Crucial Conversations Read this book for work, 8/10. Good book with good information but couple be cut easily in half or more and still be as useful. Talks about how to keep your cool and have meaningful crucial conversations when your brain wants to shut down and lash out at the person who just called you out in a meeting or wherever.

Matrix 1.0 released. I tried getting a Matrix server setup a couple months ago as a chat server but had issues getting it connecting to the federation. With the 1.0 release I'm willing to try it again. The main thing I want to try is the 3rd party bridges to connect multiple services. I would be running Matrix server and one app to connect Slack, Rocket.Chat, text messages and others which would be really cool.

Always own your platform. Been big on this for awhile, as Facebook and YouTube start removing people because they don't like them the fear is always what if one day you find that they've moved what was acceptable and now you're outside of that? Now you're out and you've lost all of the reach you had.

Open source seed initiative. Never realized seeds weren't open sourced, which once I thought about it of course companies own the seeds, this is cool because dooms day type of thinking we could run out of seeds and all die without something like this.

Nintendo killed it at E3 this year. Really existed to play Super Mario Maker 2, never played the first one but when I got a Switch and realized the first version existed I've been wanting that game on Switch which I now get.